People tend to either love the cast iron skillet or dread the thought of having to cook with one.

It can be a little intimidating sure, but with a little practice and a couple of pointers, it is decidedly a skill than can be mastered.

Plus, when you see the 12 Killer Cast Iron Skillet Recipes we’ve put together for you, you’re going to want to try, that’s for sure.

From skillet pizza, to skillet cobbler and even skillet bread, you are definitely going to want to get out that skillet and prepare to amaze your friends and family with any one, or all, of these 12 Killer Cast Iron Skillet Recipes! 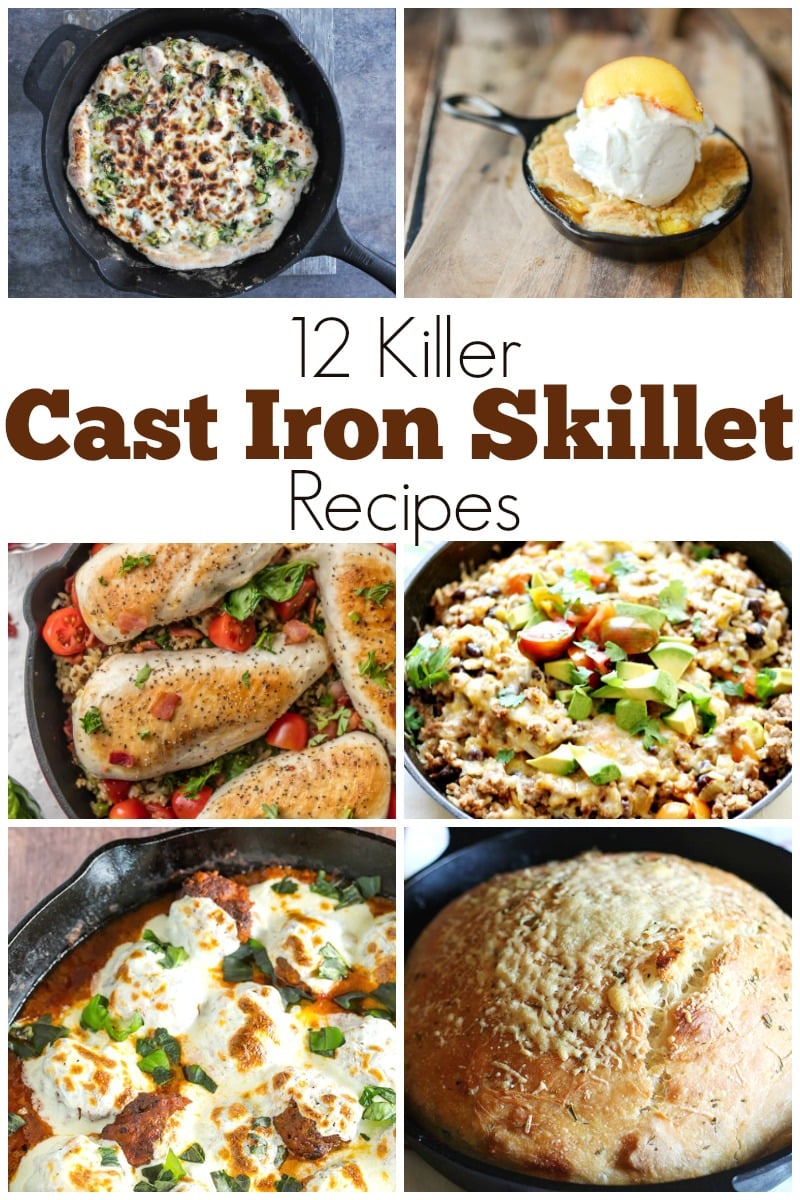 Skillet Beef and Broccoli by the Gunny Sack

Skillet BLT Chicken and Rice by the Cookie Rookie

The one thing I know about cast iron skillet cooking is seasoning the pan correctly is important. I believe an old wives tales is not using soap on a cast iron skillet. But I’ve heard of cooks using a mild soap to clean with and then they properly oil the pan.

Which among these cast iron skillet recipes is your favorite?

Do you have any cast iron skillet recipes that that you have mastered? Make some delicious recipes for your loved ones tonight! 🙂

Check out more recipes ideas with our mouthwatering meatball recipes.

Click on the above images for inexpensive cast iron skillet prices. 12 Spiralizer Recipes You Will Want To Try